​These opalised fossils are believed to have been created over millions of years.  In the days of the dinosaur The Great Artesian Basin was an inland sea, this sea was unlike other seas in that it was shallow, muddy and cold. 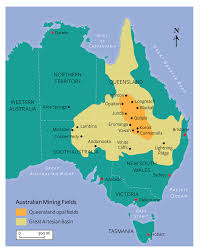 When the dinosaurs, shells and plants died their bones fell to the bottom of the sediments beneath the sea and then the sea dried up.  The plants, shells and bones then rotted away leaving behind voids which were  filled in with silica rich water which hardened over many years to become opal. Opal is amorphous, it has no structure or shape of its own but fills in cavities and voids taking their shape.

White Cliffs, Coober Pedy and Andamooka were all marine environments, the Lightning Ridge opal field was brackish freshwater streams and inlets.  Therefore the fossils from Lightning Ridge differ from those that swam and lived in the inland sea salt water, they feature land dwelling dinosaurs, pine cones, turtle bones and shells, crocodile teeth, ​yabbies, lungfish and freshwater shells- mussels and snails, and even part of an early platypus jaw, a much larger variety than the the other fields.

Every opal field has different fossils, Pineapples are only found at White Cliffs, along with wood, crinoid lillies, gastropod and bivalve shells, belemnites, plesiosaur and ichthyosaur skeletons and bones.

Coober Pedy has a lot of shells and belemnites, as well as criniod lillies, fish vertebrae and marine reptiles. Andamooka and White Cliffs have quartzite drop stones which are thought to have come down from Queensland when Australia was still attached to Antartica. Some of them contain thin seams of opal.
​
​The QLD opal fields have fewer fossils but lots of wood.  A tooth from a carnivorous dinosaur was found in Yowah.  Prehistoric reptile bones have been found at all fields.

Interest in and appreciation of opalised fossils is  relatively new, some studies have been undertaken by palaeontologists and museum scientists throughout the years of opal mining but it is only in more recent times that they are being thoroughly investigated and enthusiastically searched for by some miners. Fortunately there is now a market for fossil sales with collectors worldwide. Most opal miners are after the big dollars associated with good colour opal and many many fossils have been cut up and ground down, removing all traces of identification, which is a tragedy.  Millions of years in the making only to be destroyed for profit.  In the early days of White Cliffs mining untold treasures were dug up and unappreciated, very few photos were taken and a wealth of information has been lost.  The photos in this poster took months of work to find, I photographed every one I could source in town, but most have been taken away or destroyed, never to be seen again.

The best news for opalised fossil research is the Australian Opal centre based in Lightning Ridge, they are in the process of building a magnificent structure to showcase their growing collection of fossils and to educate us all on these fascinating relics from the ancient past. For more information about the AOC and how you can get involved please go to .....
http://wwwww.australianopalcentre.com/opalised-fossils

Drop stones are not fossils, they are large quartzite boulders which sometimes contain thin seams of opal, usually referred to as painted lady, the opal is so thin it appears painted on.  They are thought to have floated down from Antartica when it was still joined to Australia.  They are only found at White Cliffs and Andamooka.  The specimen above possibly contains some fossil remains which are now opal.

Known by the local miners as coral balls, it is believed that these are gypsum based rather than Ikiate.
The crystal formation very much resembles the gypsum rose   clusters that can be found here.

This form of pineapple comes from the Gemville field, about 30 kms from White Cliffs.  The Ikiate crystal points are much larger. 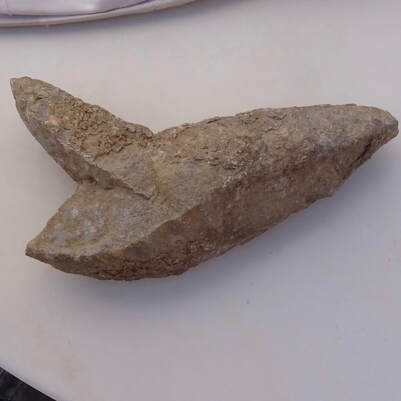 ​This is a large ( around 10cm long) Glendonite crystal point.

​These are known locally as mystery balls, (or prehistoric breasts) from an unknown origin.  They have a hard muddy appearance and possibly the beginnings of an unformed Ikiate crystal cluster.  Photos: Linda George 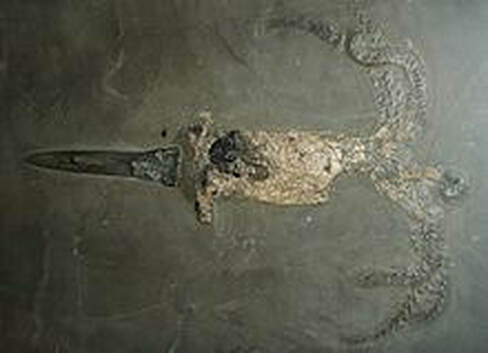 ​Belemnites are the backbones of extinct squid like cephalopods that were alive in the late triassic to late cretaceous periods. 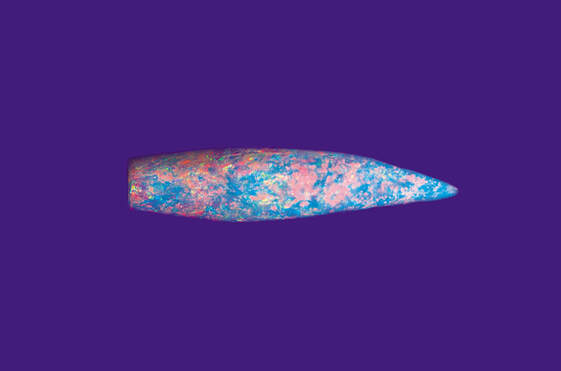 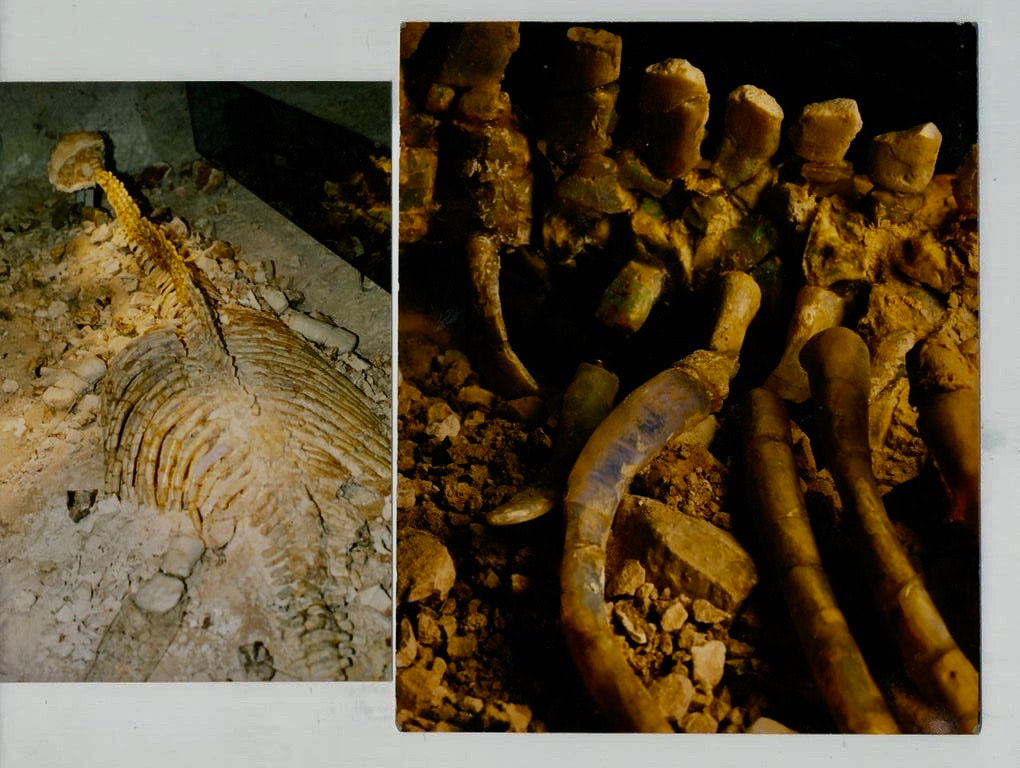 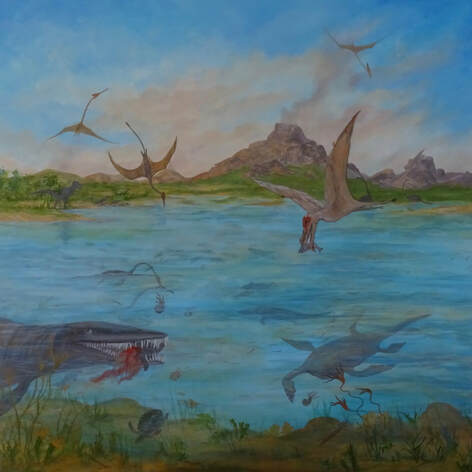 ​Artist Janette Crawcombe's representation of life in the inland sea.

Although this resembles a head it is actually the pelvis area of Ken's plesiosaur skeleton. Is is encased in concrete to hold it together and prevent damage to the specimen.  Photo: Otto Rogge
​ 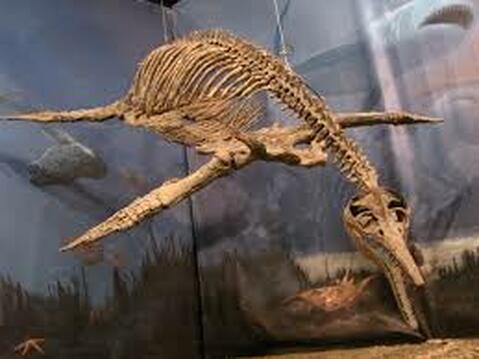 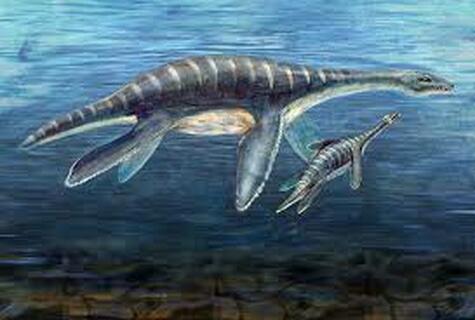 ​Artist's representation of Plesiosaur and baby.

​Crinoid lillies are not plants as the name suggests but sea creatures related to starfish and echiniods.
Many crinoid species attached themselves to the ocean floor, they had feathery tentacle like appendages that opened like flowers to capture food particles such as plankton.  Some species are alive today but they are very rare. 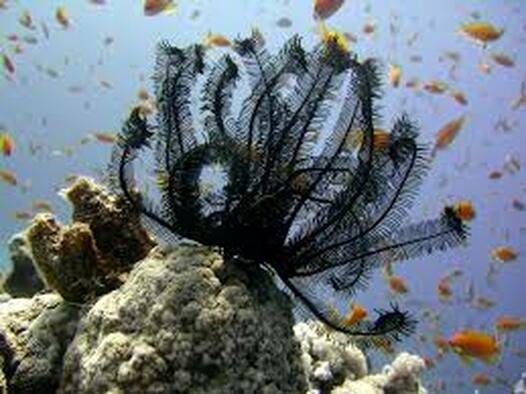 ​Feather stars, these are still alive today, they are related to the crinoids..

Gastropods are snail-like shells.  Bivalve shells have two sides which are hinged together such as mussels and pippie shells.  Shells are amongst the most common fossils to be found at Lightning Ridge, White Cliffs and Coober Pedy and there are a large variety of species.
Pippie bivalve shells.    Photos: Len Cram
Stunning Mussel shell.  Photos: Linda George
Beautiful shells made into stunning jewellery.  Photos: Linda George