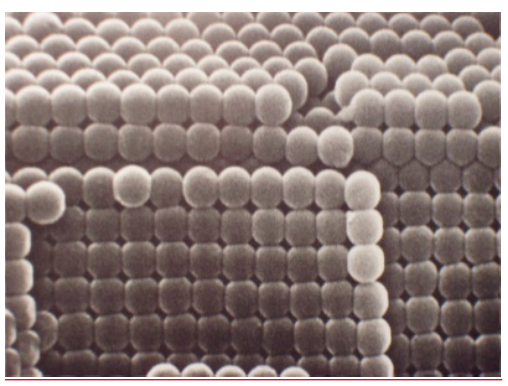 ​FORMATION OF OPAL IN CENTRAL AUSTRALIA
Exactly how opal was formed is still something of a mystery, however, the latest research, as presented at the 8th National Opal Symposium in Winton 2016, is as follows...
Sometime between 135 and 95 million years ago, during the Cretaceous age of dinosaurs, a large section of Central Australia was covered by an inland sea. The Great Artesian Basin was shallow, muddy, cold and still. There was no oxygen at the bottom. Layers of sediment built up, including bones, shells and plants as they fell to the bottom.
Eventually the sea dried up and through a process of erosion and uplift (where there is a vertical elevation of the earth’s surface), the buried sediments rich in pyrite and iron were progressively brought to the surface where they oxidised on contact with air between 95 and 60 million years ago.
This oxidation led to the production of large amounts of sulphuric acid which broke down the feldspar and volcanic ash into clay, and clay into large volumes of silica, and iron was released to form goethite, which is what gives the host rock its rusty orange and red colours.
Hydraulic fracturing (where rock is fractured by pressurised liquid) was able to concentrate the amorphous (without a clear shape or form) silica gel into veins in the rocks. Voids were also formed from the decay of bone, shell and wood. The seams and cavities were filled with the silica saturated fluids, which were then sealed by secondary minerals and the carbonate of fossils were slowly replaced by silica gel.
The amorphous silica gel then evolved in a closed environment where the pH became alkaline, which is necessary  for the formation of homogenous silica spheres that lead to the formation of precious opal.


The silica spheres in precious opal have an orderly array (they are all the same size – between 200 and 400nm in diameter- and lined up and stacked in neat rows).


​It is the spaces between the spheres, which are usually filled with water, that diffract light and give opal it’s play of colour.

Opal is amorphous, It has no fixed shape and it will take on any shape by filling in voids such as those left by bones and shells or cracks in rocks and layers of earth. You often find opal on a clay layer as the clay is less permeable and so the silica rich water stays on the clay rather than trickling away.  Though technically not a crystal, precious opal with its uniform arrangement of silica spheres has a crystalline structure and it is this I believe that makes opal prone to cracking and crazing. If the tiny pocket of water on the face of the cut and polished opal dries out, and the one below that, and the one below that and so on, the opal will have an internal fracture. Interestingly rough opal is far less likely to crack than a cut stone, and the thinner the opal the less stable it will be. I believe this internal structure is also what makes opal likely to break if it is dropped or banged on a hard surface and why potch is stronger and more stable as the disorganised array of silica spheres do not have the same internal cleavage lines and are not as prone to drying out.

Potch, or common opal, has a disorganised array - silica spheres are all different sizes so they are unable to line up neatly and therefore do not diffract light.
​
Most opal in the rough has areas where there is bright play of colour amidst potch, sometimes just a thin bar of colour, usually on the bottom or in the middle. This happens when some silica spheres of the same size separate out of the mix of sizes and line up. The silica gel takes time to harden which allows for a process of sedimentation to occur and the more alkaline the PH, the more likely precious opal is to form.

Black opal (where the body tone of the opal itself is dark) is formed through the same process but the solution of silica also contains other minerals, finely grained particles and microorganisms, which cause the black colour (like muddy water where the mud settles out). Hence you can see the black colour mostly on the bottom. Black opal also contains black minerals like pyrite and trace elements such as iron, sulphur, zinc, titanium, cobalt, copper, arsenic, nickel, lead and small amounts of carbon.
What is interesting to note is that Central Australia is like no-where else on Earth and it is a lot like Mars. Opal was recently found in a piece of meteorite from Mars.